How to Write Dubstep Music 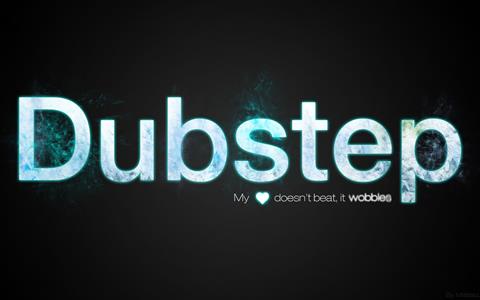 Dubstep sounds like it was made in other galaxies by robots all gacked out on energy drinks. In a good way. But seriously, where does it come from? How can we regular humans make this stuff? By learning about the gear, the software, and the structure of dubstep songs, you can get started making your own and drop the sickest heaviest bass wobbles this side of the Milky Way. 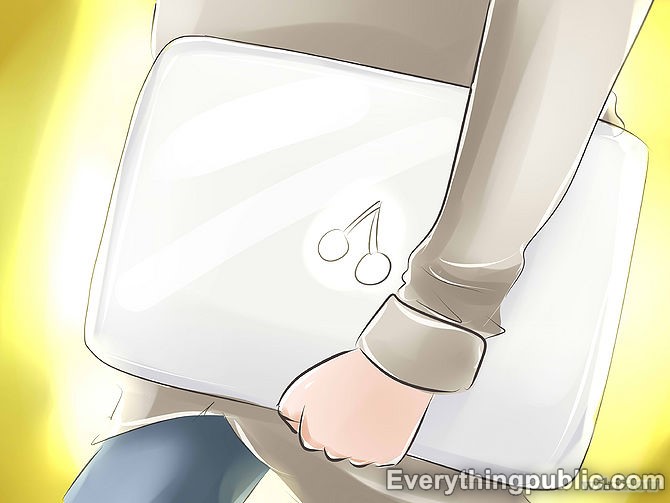 1. Get a laptop with a fast processor and plenty of memory. Many EDM and dubstep producers use separate computers dedicated to making music, aside from a personal computer they might have for other things. You don’t need to go that far, nor do you need any particular brand or style of computer. Producers use PCs and Macs, laptops and desktops, cheap and expensive.

If you want a PC, make sure it has:
2GHz Pentium or Celeron processor
2-4 GB or RAM
Windows XP, Vista, or Windows 7
a sound card with ASIO driver support 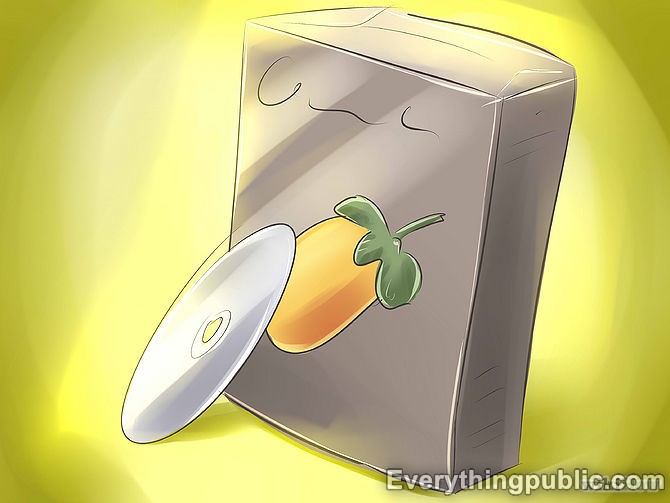 2. Get some kind of music production software. This is what you’ll use to prepare individual tracks, load samples, sequence beats, mix, and record all the other components of your dubstep jams.As with hardware, dupstep producers will have a variety of different set-ups and opinions when it comes to software, but the bottom line is that you can make dubstep music on any computer, using any production software. Production software can range anywhere from free (GarageBand) to several hundred dollars (Ableton Live). Remember: you’re only limited by your creativity. Get something you can afford and will help you get your foot in the door. Popular software packages for recording dubstep include: 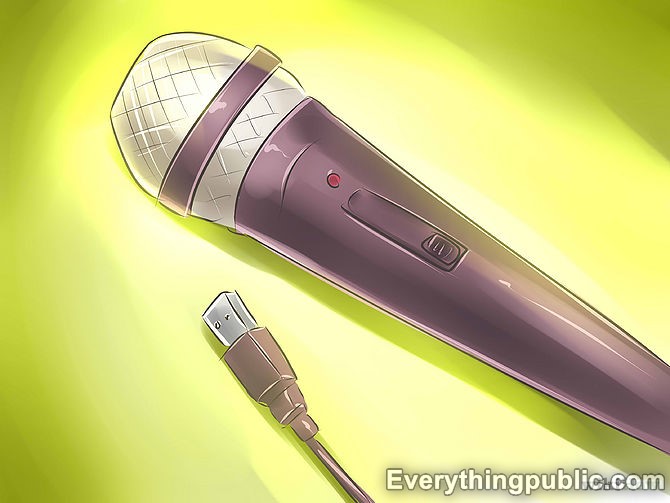 3. Consider adding other hardware into your setup. To get started, all you really need is the software, but as you start creating beats you can really round out your dubstep sound by adding a few basic hardware elements into your setup.

Having a basic USB mic on hand to record vocals or raps is a good idea and good way to create new sounds to use. If you’re at all interested in incorporating original found sounds or acoustic elements and manipulating them in your dubstep music, a solid microphone is a good idea.

It won’t take long messing around with the on-screen keyboard in GarageBand before you’re ready to use a real MIDI keyboard. The Axiom 25 is a popular model that allows you to pitch bend, and it taps directly into Ableton’s system. It’s a solid addition to any dubstep setup. 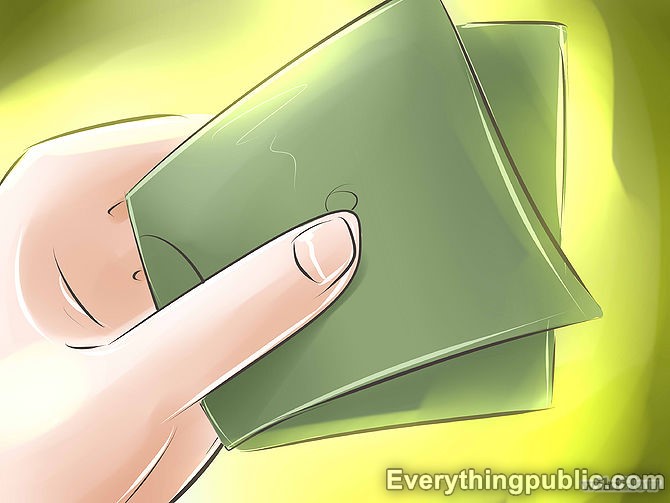 4. Consider investing in a customized dubstep sample pack. Producers in the EDM and dubstep community will occasionally package their own all-in-one packages to get started, including software and a store of samples and beat loops that you can build tracks from. It can be difficult to start making music when you’re just struggling to figure out the software at first, so investing in one of these packs can cut down on the learning curve and get you making music quickly.

Most of these packages are only $200-300, making them fairly affordable and a good way to determine if producing dubstep is right for you and something you might want to invest more time and money into.Consider investing in a customized dubstep sample pack.

Producers in the EDM and dubstep community will occasionally package their own all-in-one packages to get started, including software and a store of samples and beat loops that you can build tracks from.[3] It can be difficult to start making music when you’re just struggling to figure out the software at first, so investing in one of these packs can cut down on the learning curve and get you making music quickly.

Most of these packages are only $200-300, making them fairly affordable and a good way to determine if producing dubstep is right for you and something you might want to invest more time and money into. 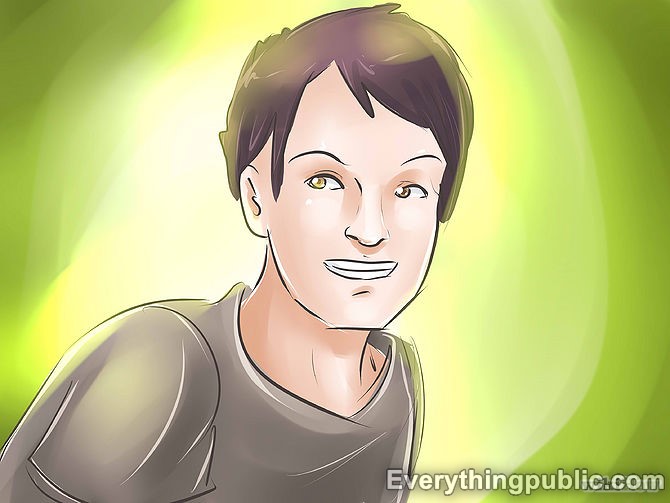 5. Get smart and get enthusiastic. If you’re going to start making dubstep music, do your research. Learn the history and the techniques of the genre and immerse yourself in the vibrant culture of Electronic Dance Music. You need to know more about dubstep than the name Skrillex and that there is something called “the drop.”

Check out the Box of Dub compilation and other mixes with various artists like Five Years of Hyperdub, Soundboy Punishments, and other collections of artists making challenging and high-quality dubstep. Listen closely and try and pick apart the sounds. Figure out what it is that stands out, what it is you like about certain songs and what you dislike about others.

Listen to Burial, Scuba, and Skream.

Part 2 of 3: Learning the Software 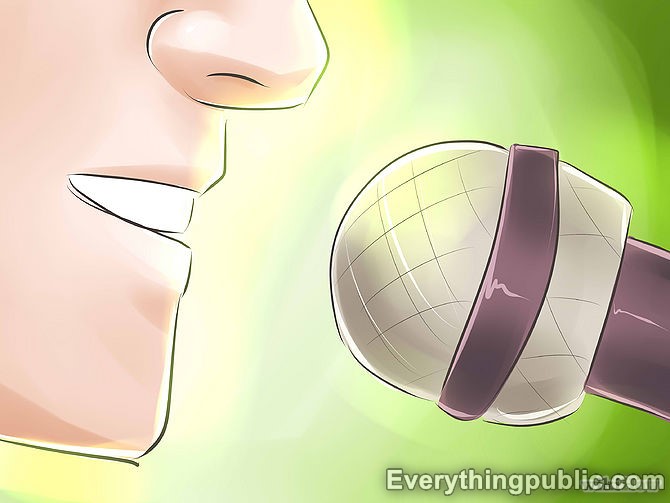 1. Play around. In the beginning, worry less about finally getting your dubstep opus recorded, the one that you’ve had bumping around your mind for years. Instead, throw your efforts into playing around with the software and getting familiar with its particularities.

Mess around and make joke tracks, record extreme or weird kinds of sounds you wouldn’t normally want to listen to. Time spent learning the software will help you down the road when you want to translate something you hear in your head onto the computer. It’s an instrument, so learn to play it.

Whatever software package you choose to download and install, take the tour of the software or check out guide videos on YouTube to learn everything you can about it. Hook up with experienced dubstep producers who are willing to show you the ropes and teach you about the software and how to use it. 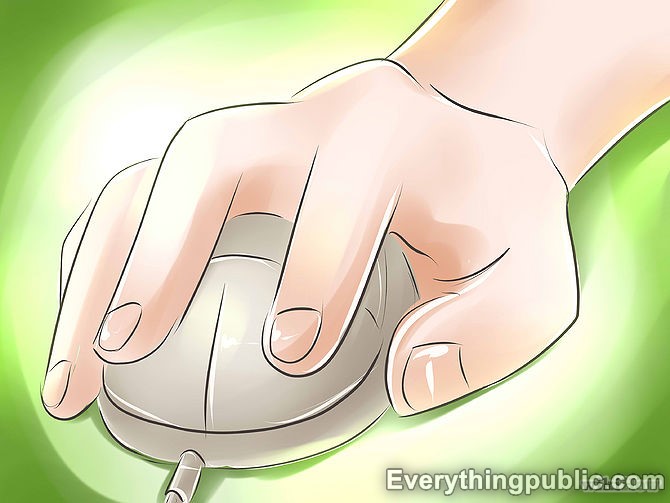 2. Build a library of samples. Samples can be found with a quick Internet search, your own field recording sessions, or you can spend money and invest in a few sample libraries for a wealth of high-quality sounds to play with. Organize them into categories you’ll be able to remember and start making music with song fragments that catch your ear.

Consider getting an external hard drive on which to keep your samples. Organize them into practical categories like “acoustic drums” “spoken word” and “synth sounds” or by textural descriptions to keep things interesting. Maybe label your categories “spacey” or “gnarly” to start combining interesting textures with your samples when you make music.

Go old school and start crate-digging for used vinyl and convert your analog samples to digital. Seek out old songs that you’ve always loved and sample the hook from them. 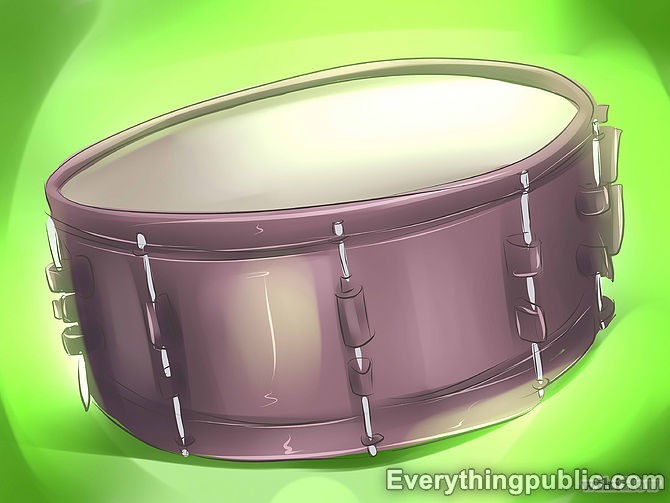 3. Practice building drum beats. Typically, you’ll set the tempo when you start a new track and the software will manipulate any preset beats or other effects to match the intended tempo of the song you’re working on. If you’re working with your own samples, though, this won’t work, so it helps to get familiar with the way creating a beat works.

Beat tracks are made by organizing some combination of kick, snare, and hi-hat sounds into a base rhythm from which you’ll build. Choose a kick sample and boost the bass and punch, or layer 3 different kick samples together to get that distinctive Dubstep kick sound.
Dubstep tempos generally hover around 140 bpm. You don’t have to stick to that, but dubstep songs don’t generally fall below 120 or 130. 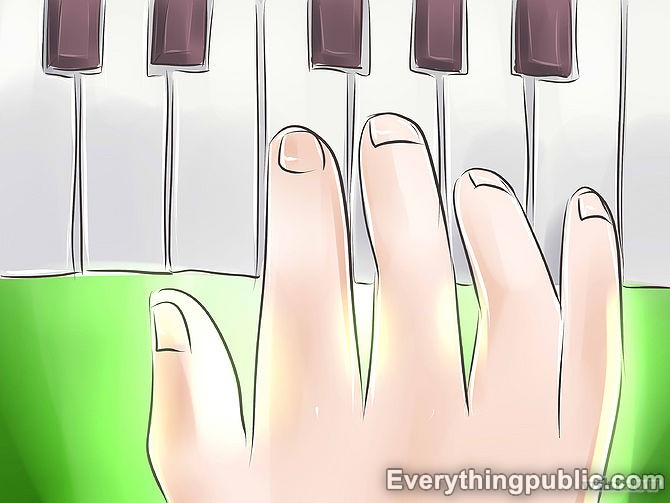 4. Practice your wobble. One of the most distinctive elements of dubstep music is the iconic wobbly bass tone, which is typically recorded using a MIDI keyboard or synth and composing a simple bass line yourself. Many free synths can be found online, or you can invest in a professional synth package like Native Instrument’s Massive or Rob Papen’s Albino 3.

Wobbles usually take a little tweaking and synth understanding to get right, but most synths come with pre-made “patches” which you can browse though and choose from. 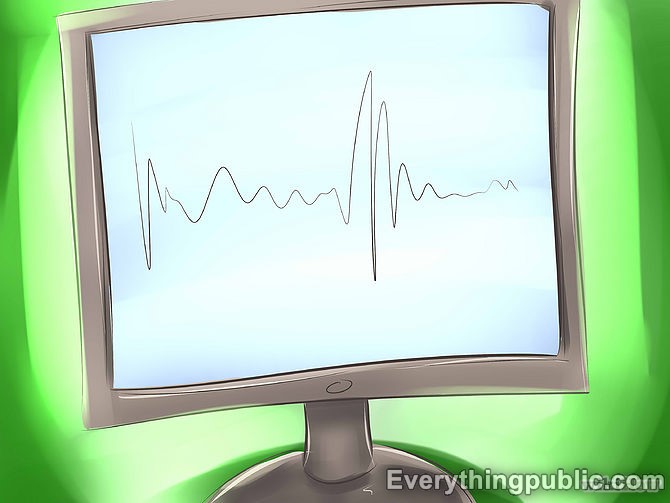 5. Start adding effects and layers. When you get more experienced, start double-tracking each wobble and adding other delays, distortions, and effects to create a collage tapestry that is a piece of electronic music.

Double track your wobbles into the top end and the clean subs at the bottom. When you start distorting and running the top end through a whole bunch of effects to dirty it up, it muds up the bottom end if it’s not separated.

Take your bass patch, copy the entire track with the synth on it, and then on the copy, use only one oscillator and change it to a sine wave. Then high pass the top end using an equalizer (at around 70 Hz) and low pass the sub (at around 78 Hz).
Get some variations in your bass sounds by bouncing your samples to audio, tweaking the synth a little bit, and bouncing it back. Do it a few times, and you’ve got a library of bass wobbles that all follow the same bassline. You can further expand on this idea by running them all through different effects chains. 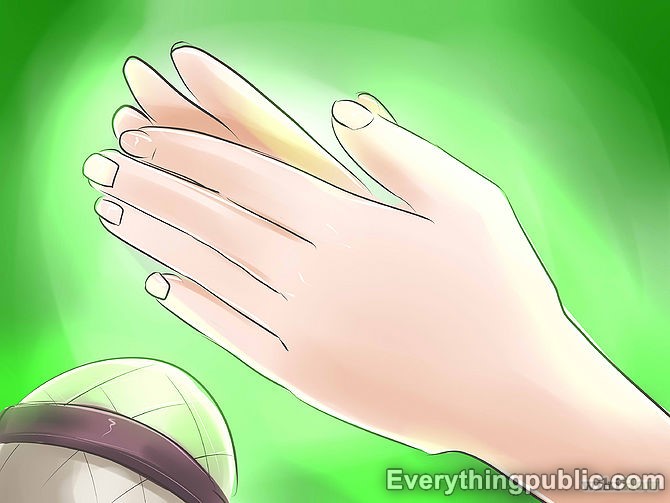 1. Build from the ground up. Start with the beat. Many dubstep tracks start with a very subtle beat, incorporating a few simple drum sounds and gradually and steadily building up until the beat drops. After the pause, the main melody, bass line, and beat come in.

Choose a snare sample or layer 3 together to get a big and deep sound. Also search out any other percussion sounds you’d like in the beat.

The typical bass, snare, cymbals, toms, and cowbell will suffice, or you can create a completely unique beat by choosing less obvious samples. Try a gun shot, a stadium foot stomp, a clap, a car sound. Dubstep percussion has a lot of presence to it so feel free to mess with reverb and effects on the samples. Now program that beat! 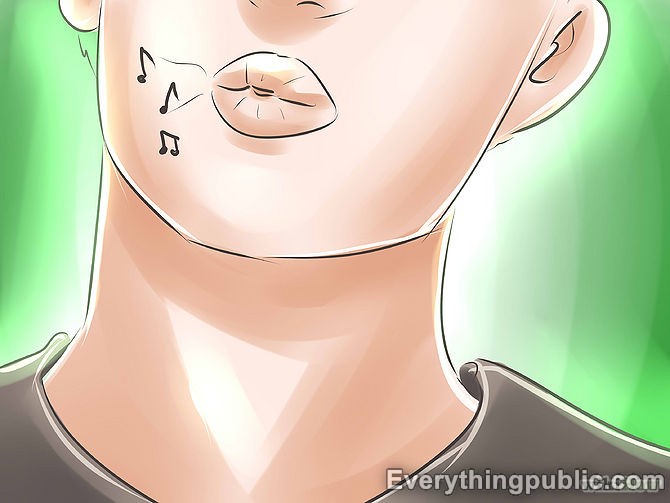 2. Create a memorable melody. You can most likely use the same synth to create your melody sound or sample. Either browse the pre-made patches or start tweaking to get the sound you’re thinking of.

Hum it out before you start recording. Figure out the notes using your piano, keyboard, guitar, or any other instrument you’d like to write music on and record the idea.

While dubstep doesn’t layer sounds to the extent of some other genres, it may be a good idea to add extra layers over your melody. Even if they mimic other patterns very closely, you will be able to add layers as you get closer to the drop, creating excitement. 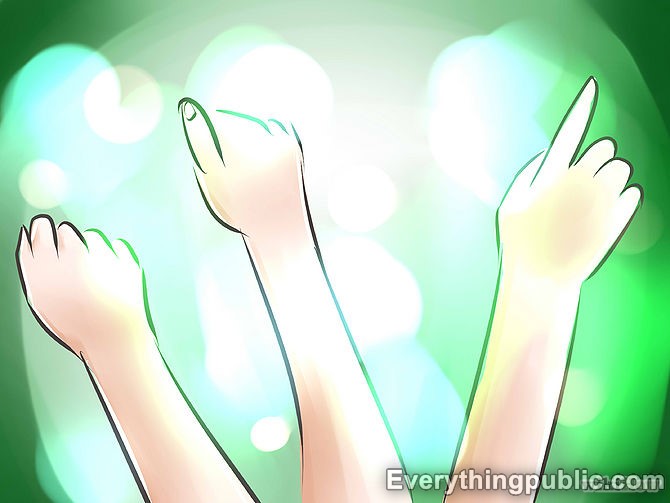 3. Break it down. A must-do in any attempt at a classic dubstep track is what is affectionately known as the “drop.” At the climax, break the song down to just the beat, some tweaked-out wobbles, and effects. Go wild. This is basically a digital, machine-like guitar solo that gets people on the dance floor going crazy.

Build up to the drop and play tricks on people by dropping it in an unexpected place or by adding an extra beat here or an extra wobble there. One of the cool things about dubstep is keeping the beat kind of loose and unexpected. It stays on beat but never lands in the same place every time, keeping the beat evolving and exciting. 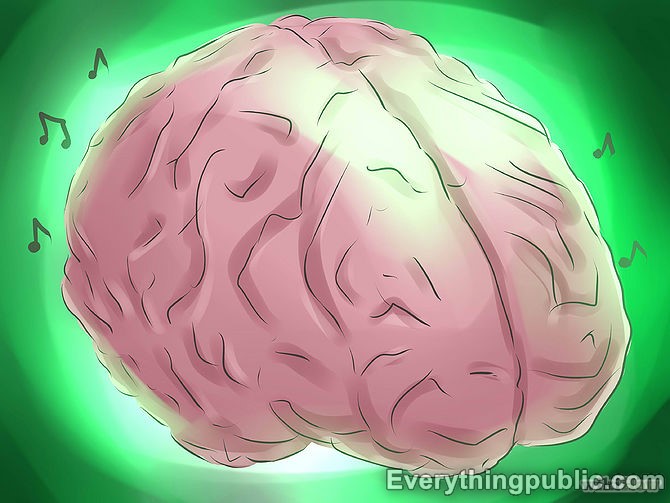 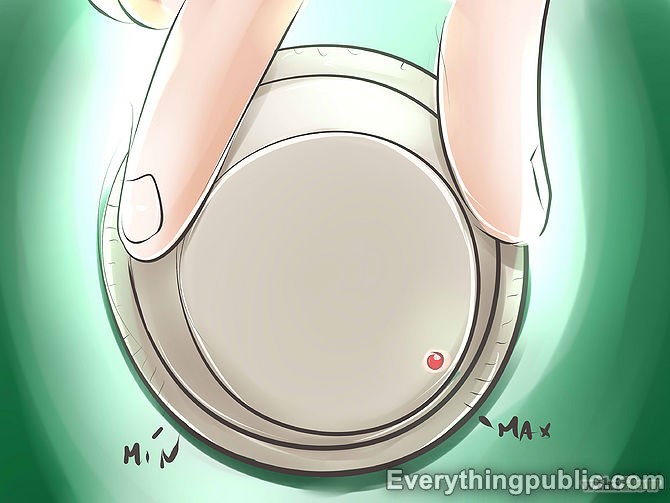 5. Maximize it. Have a professional mix the track (it’s well worth the dough) or go the quick and easy route – add a maximizer to compress and boost all the levels. You’ll achieve a more radio-friendly volume.